James Harris, one of South Africa’s top artist brings life to walls around the world by capturing moments in his old master style.
James Harris is an artist with an eye for the unseen, an uncanny sensitivity to nuance and ambiance, to mood, milieu and soul. James developed his own style and brush strokes as former impressionists did. He brings to the canvass far more than colours both vibrant and subdued.
Harris’s hallmark is the essence of his subject, the unseen heart of it.
Woven into each brush-stroke and colour shade, is the atmosphere that he captures in oil on canvas.
Reluctant to consign his work to any specific genre or style, he describes it as ‘vaguely impressionistic’.
Harris approaches the portrayal of figures in his work in much the same way as portraiture, describing them as ‘studies of the human form’.
His love of nature, has nurtured a fondness of landscapes, reflections of the humbling glory of mountain and rock and valley and tree.
Born in South Africa, James Harris studied Fine Arts at the Pro Arte School in Pretoria before travelling to Ireland, ostensibly for a stay of nine months.
After missing his flight home, he remained in Ireland for three years more. During his stay, he was introduced to Aymon Klein, art dealer and erstwhile politician. The latter commissioned a series of equine studies. Upon his return to South Africa, he continued to work for Klein before resuming his studies in the Fine Arts at the Natal Technicon.
Following this academic interlude, Harris gave utterance to the sculptor within and completed an apprenticeship at a bronze casting shop. Here, he casted works of artists like William Kentridge, Eduard Du Villa and Deborah Bell.
‘’He was appointed artistic welder, before retrenchment steered him back to the magical world of canvass and paint, a world he hasn’t left since. He was commissioned to paint landscapes for a guest house at Heidelberg, South Africa, and it was through these works that he was ‘discovered’ by me (Louise Boshoff-Erasmus) ‘’
Today, James Harris is an established, matured artist who, over the course of the past 20 years, has proven his mettle and sharpened that eye he has for the unseen, that uncanny sensitivity to nuance and ambiance …
PLEASE ENJOY LOOKING THROUGH SOME OF MY FAVOURITE PIECES OF JAMES HARRIS AND LET IT TAKE YOU TO A SPECIAL PLACE. 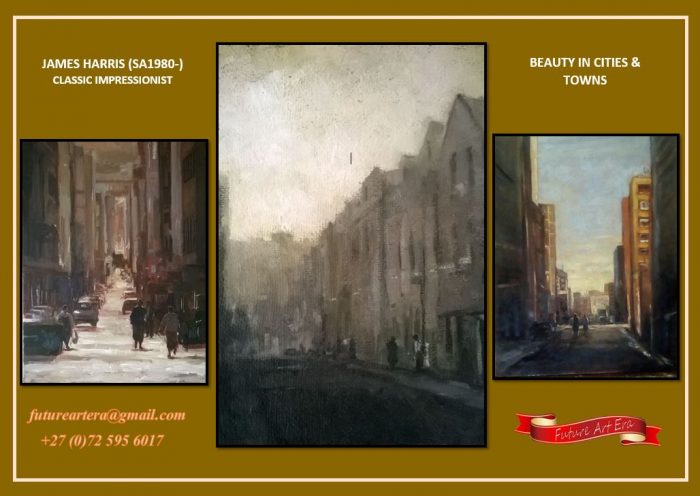 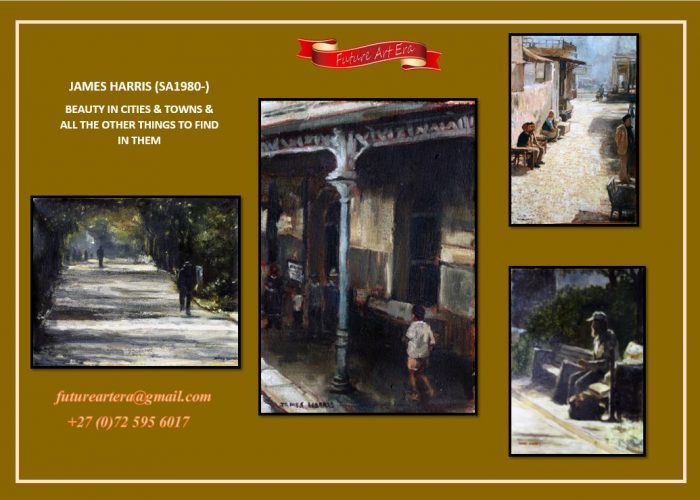 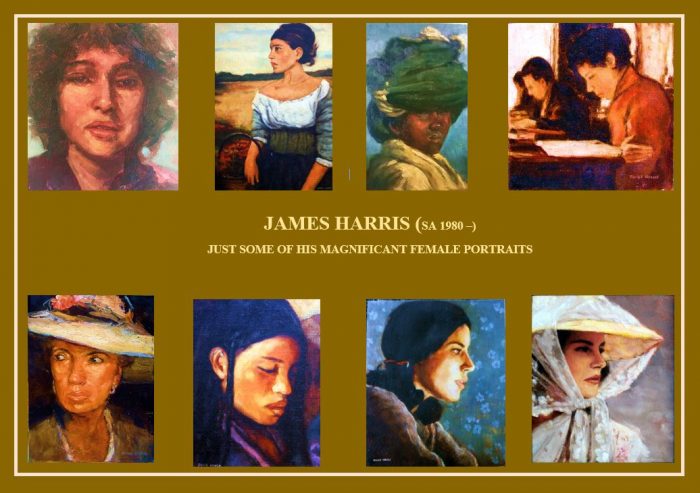 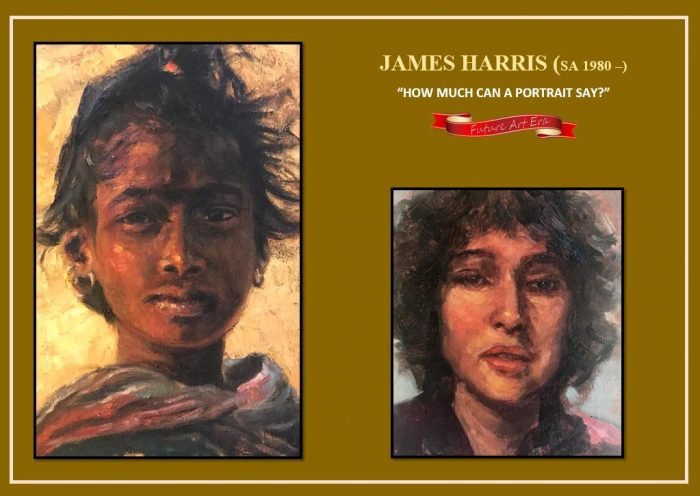 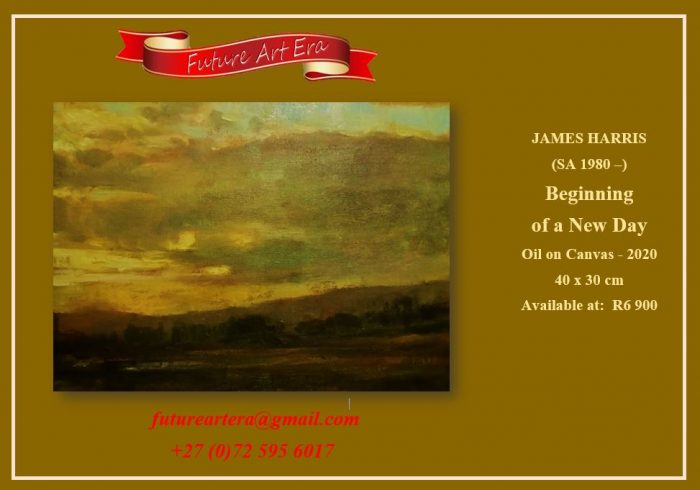 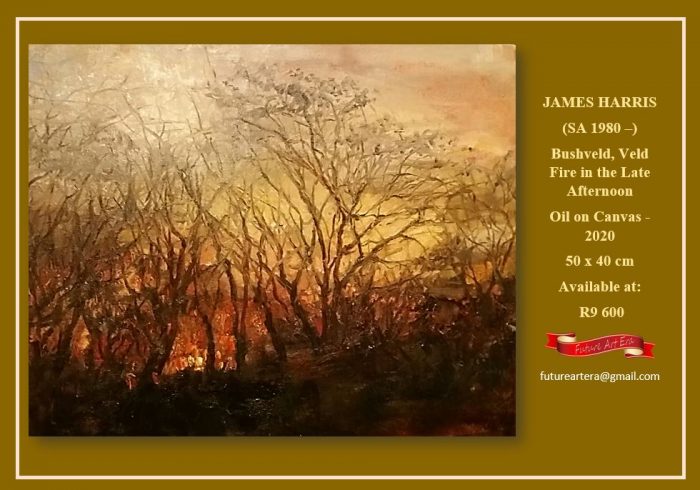 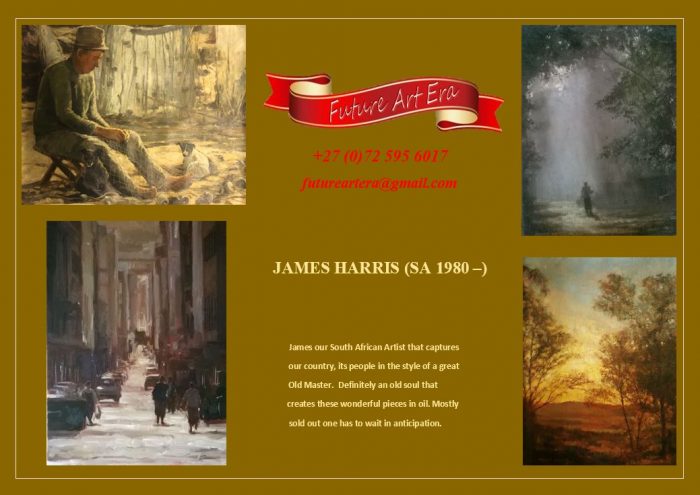 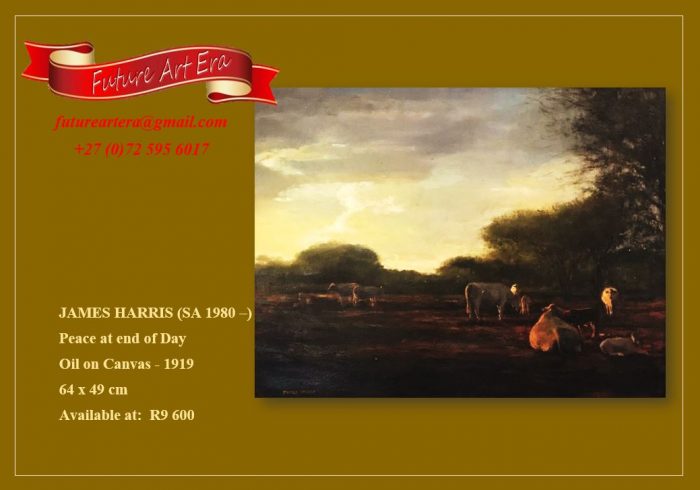 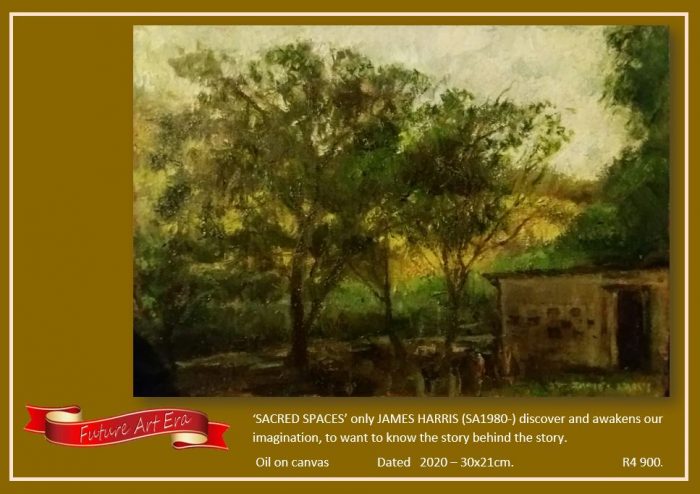 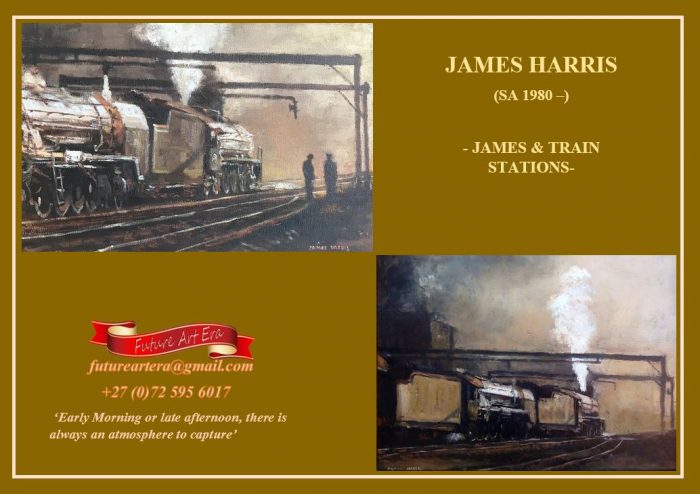 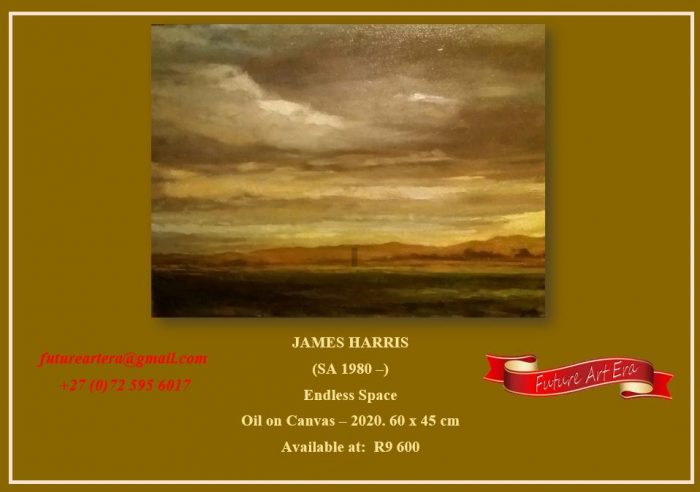 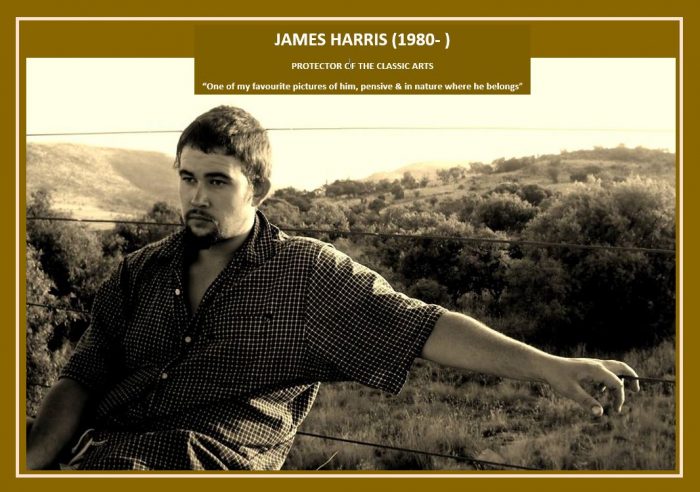 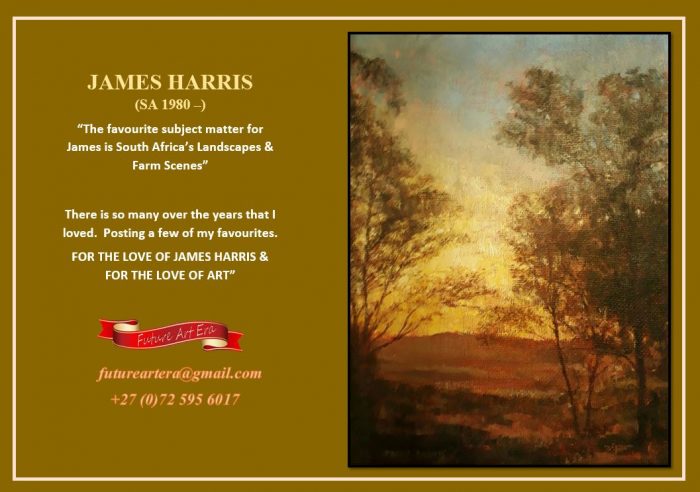 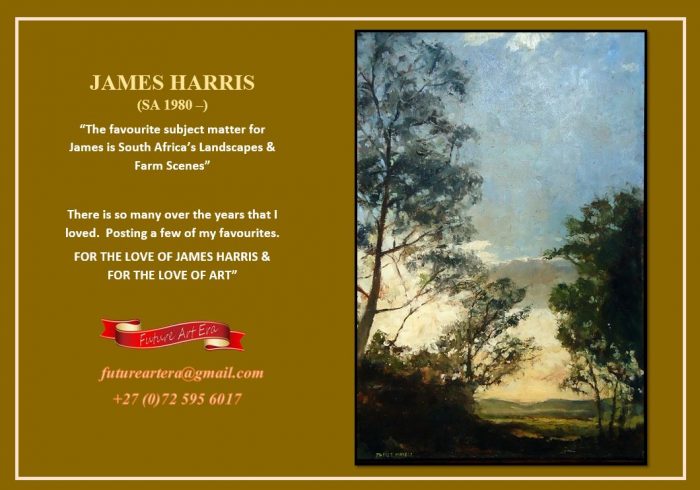 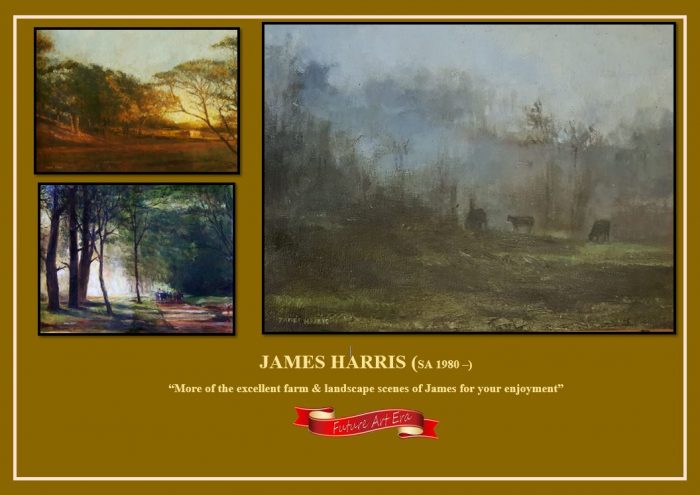 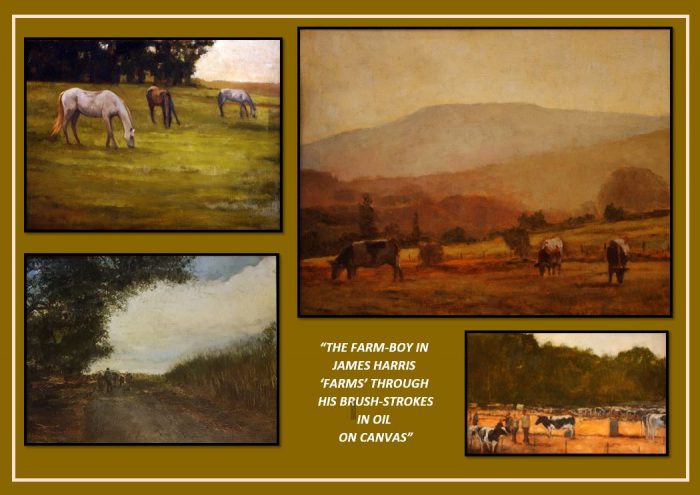 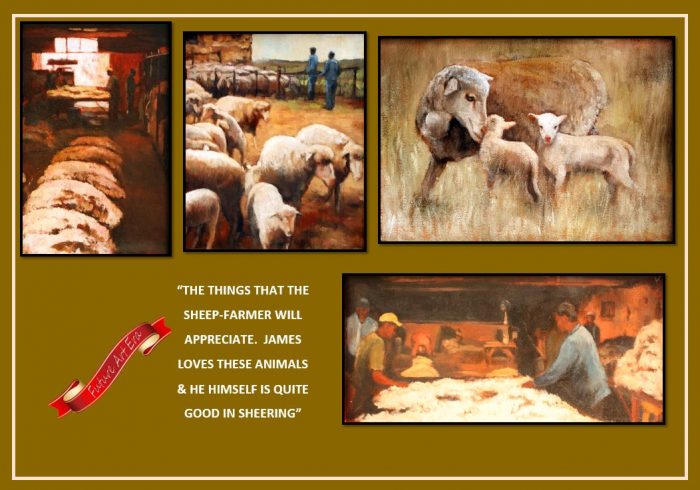 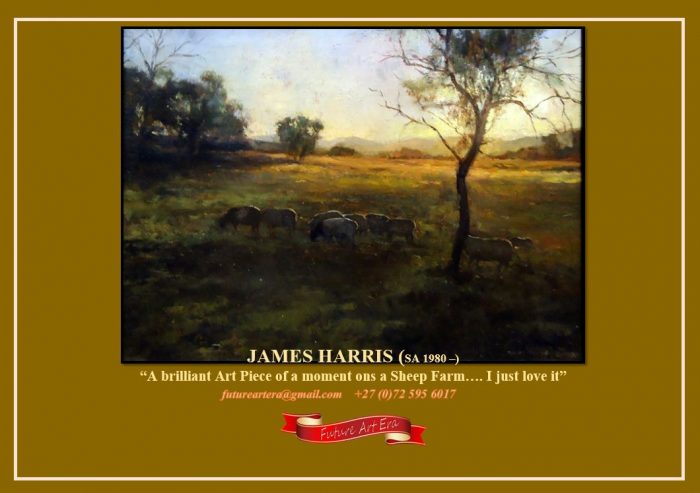 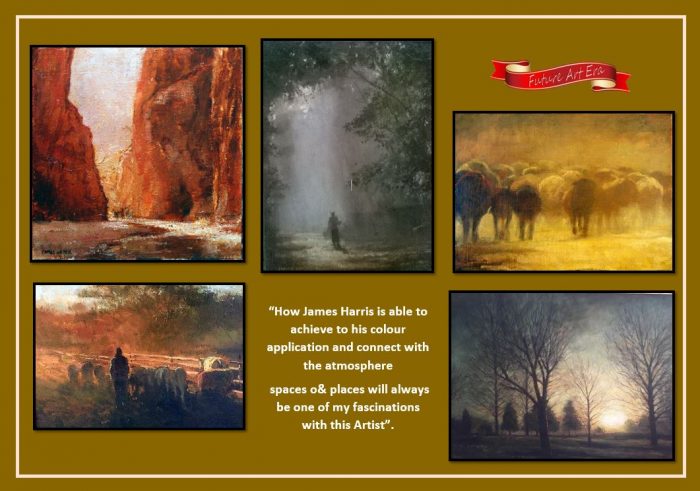 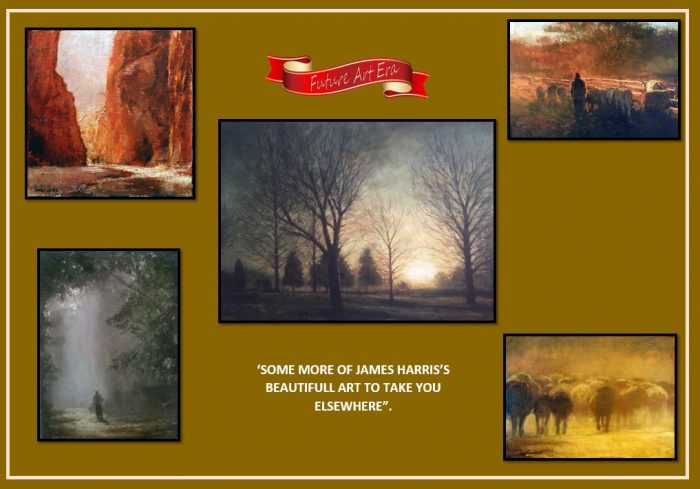 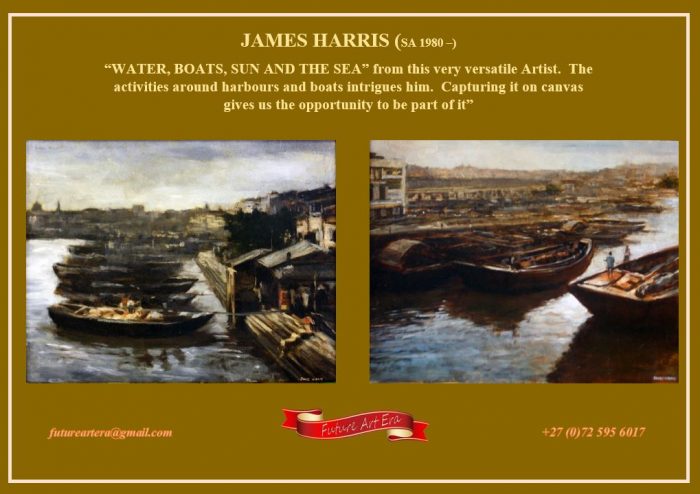 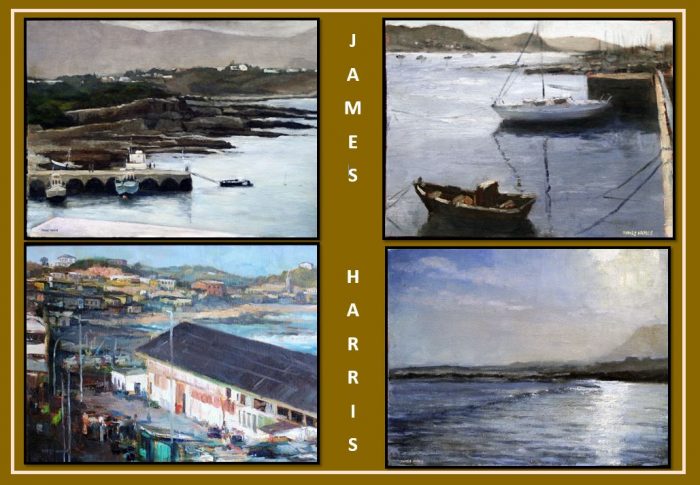 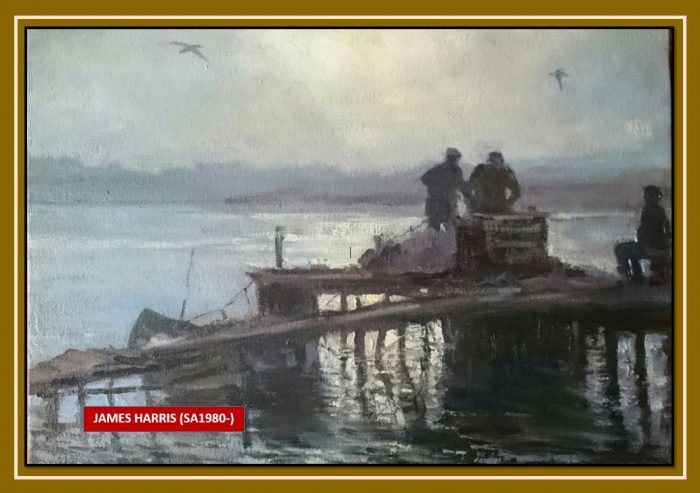 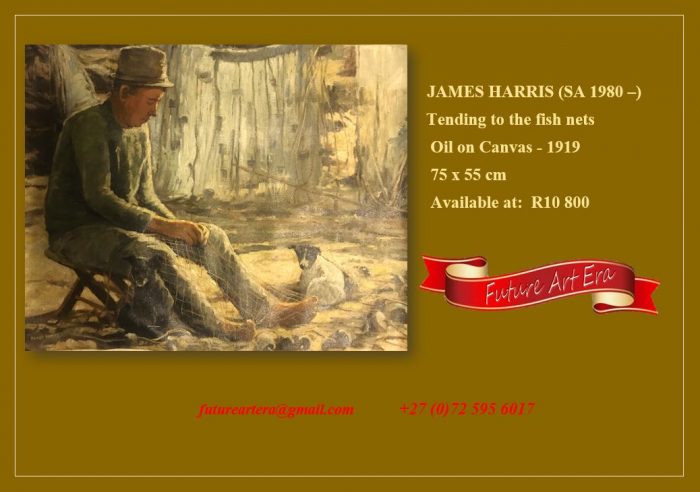 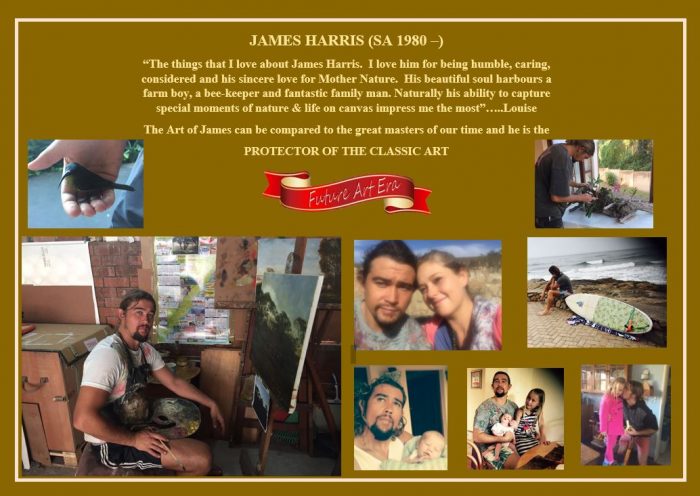 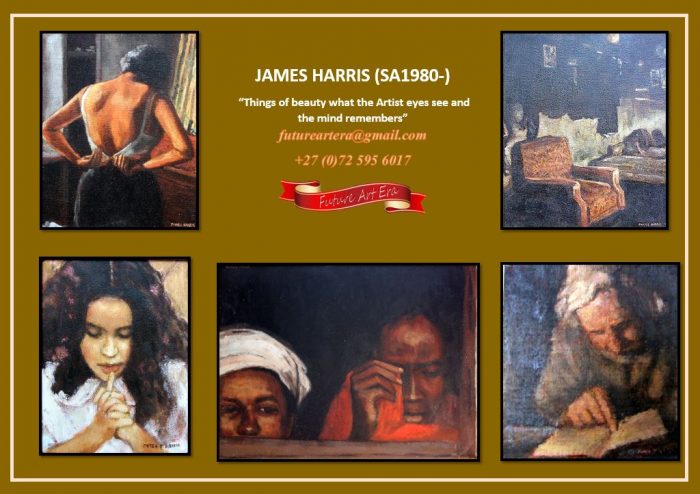 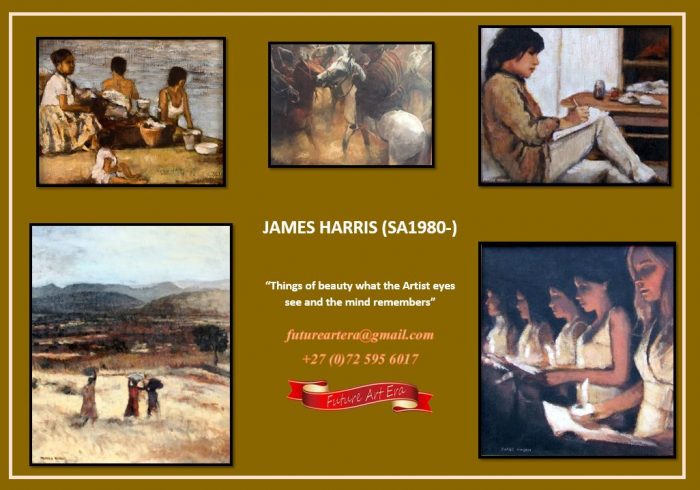