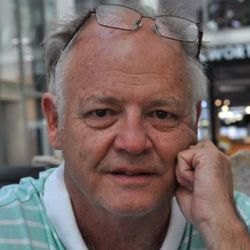 Barry is a second generation South African, born of Scottish and Afrikaner descent. Born in South Africa in 1949 and raised and educated in Zambia in Central Africa. Barry now lives in Cape Town, near to the slopes of Table Mountain.

He spent two years at the East London School of Art followed by a further year at the Johannesburg School of Art. His medium is bronze sculpture… His style is best described as representational.
He has the professional support of some of the best art foundries in South Africa all situated in Cape Town and they provide the highest quality and most skilled work to be found anywhere.

He began his career in advertising as an art director but soon went freelance as an advertising illustrator. During this period he also did work for the philatelic services department of the GPO and designed and illustrated many sets of stamps and first-day covers including some award-winning sets for South Africa, Namibia and surrounding countries.

His fine art career was developing simultaneously and soon the high demand for his sculptures required him to concentrate almost exclusively in that field. His works, of limited editions, are sought by collectors and art lovers globally who identify with conservation, wildlife, African ethnic themes and the vanishing cultures of Southern Africa.

He also enjoys portraiture and was commissioned to do the bust of Nelson Mandela which stands in front of the South African Parliament Building.

He is regularly commissioned by the National Heritage Project to do life-size full figure portrait statues of historical figures. Among these are Mahatma Gandhi, Louis Van Mauritius, Johannes Van der Kemp.

He was commissioned to do the life-size figure of Nelson Mandela which will be the lead figure in the Long Walk to Freedom at Heritage Park. This will be a procession of 400 t0 500 bronze heritage figures commissioned to artists from all over South Africa.Barry’s work is renowned internationally and can be seen in boardrooms and reception areas of companies, private collections and game lodges throughout the world. 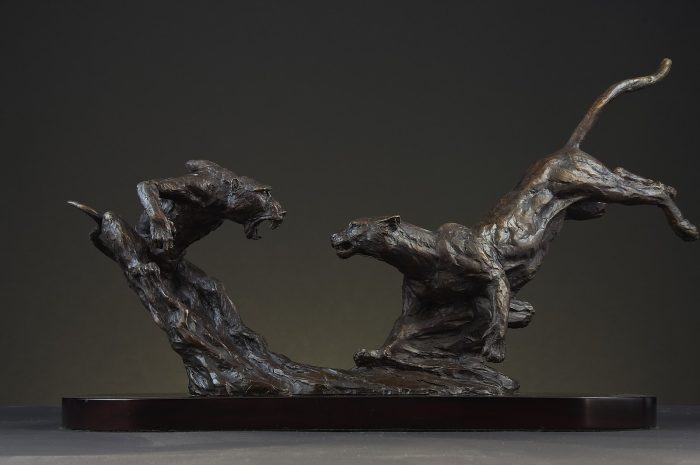 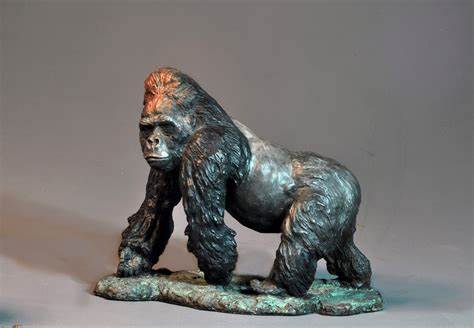 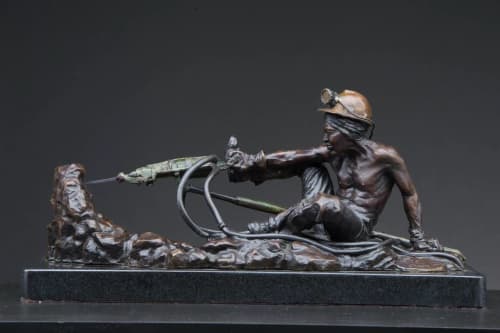 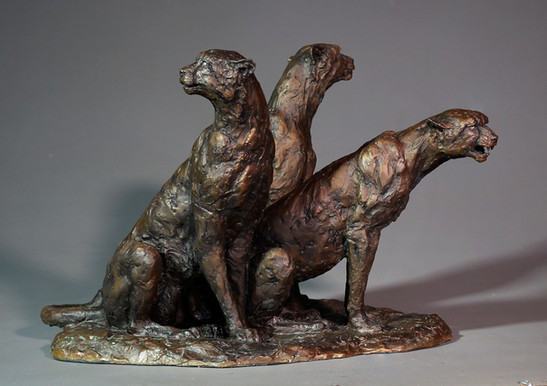 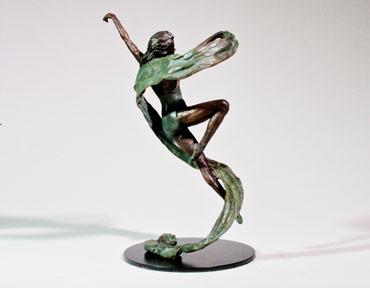 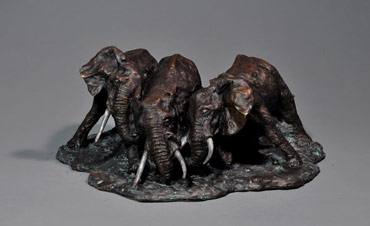 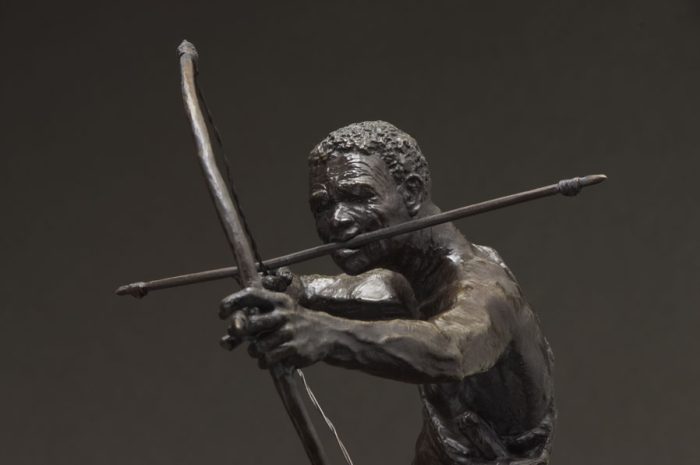 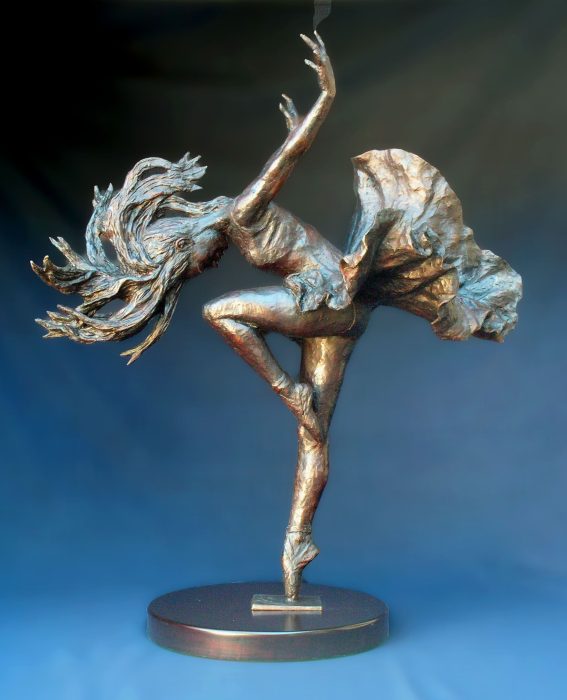 The term fine art takes on the real meaning when one considers the bronze sculptures of this dedicated artist. Barry’s attention to detail in his figurines or portrayal of wildlife is exemplary and displays a true master in full control of his medium.

A more apt description of Barry’s Wildlife will be “Life in the Wild”. It really feels that Barry was there on all occasions to observe, feel and understand everything that transpired completely.

Barry’s Art can not fail to promote an emotional reaction and it is this connection to the African culture and environment that has established Barry as tour de force of his art, whereby his work is appreciated worldwide.

PROUDLY HIS ART IS PRESENTEDIN
THE ABOVE GREAT ART COLLECTIONS

As Barry’s wife and muse I see works in the planning stage and as works in progress. I try to view them objectively. Being in the company of such a talented artist and being exposed to art in all forms, one develops a good eye. Viewing his works with fresh eyes, I am able to spot areas that need improvements or alterations.

Barry describes my critique as uncompromising, sometimes brutal and uncomfortable but honesty is kindness in the long term. Although he hates my comments, in more ways than one, he appreciates them.

My appreciation for Barry’s dedication and hard work grows day by day. His pursuit for perfection is relentless, with no detail ever spared, his research and detail is thorough. An important feature of his work is that he is an accomplished draughtsman as is evident from his sketches.

His knowledge of African wildlife and ethnic subjects is impeccable, always capturing his subject in their perfect atmosphere which awaken the viewer’s senses. 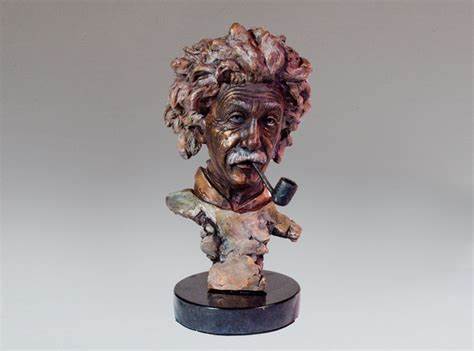 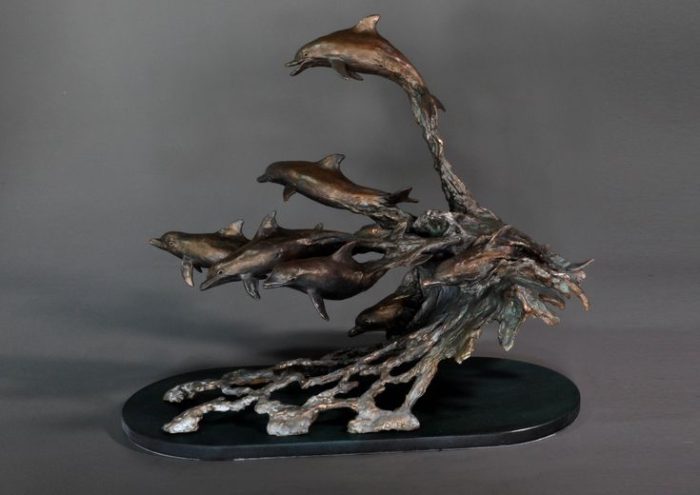 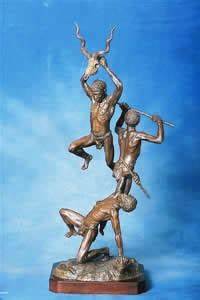